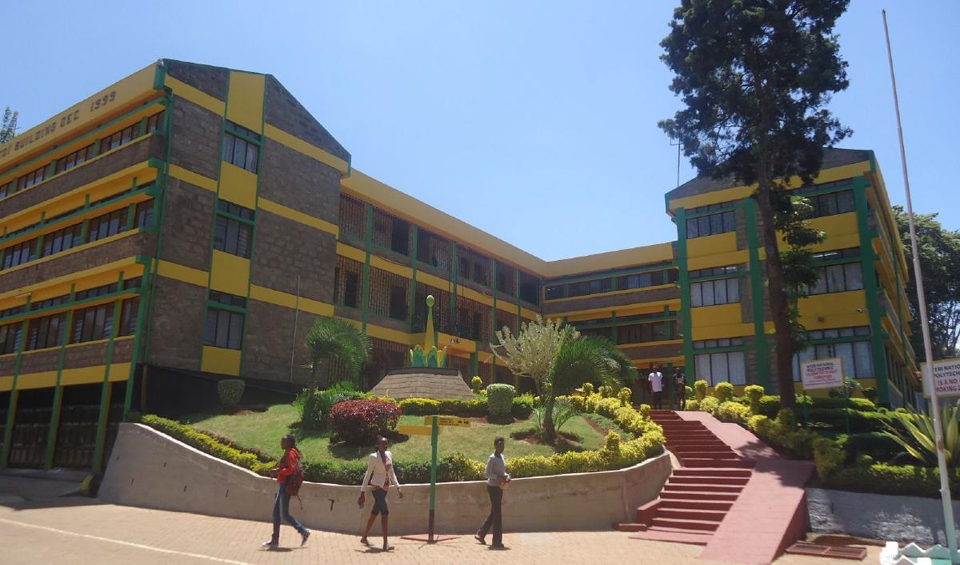 So, which are top ten polytechnics in Kenya?

Well, a polytechnic is a great alternative to Universities especially if you’re planning to take the increasingly lucrative technical courses.

And to get you started, we have put together a list of the top ten polytechnics in Kenya plus a brief overview of the programs each offers.

Later on, we shall be compiling a comprehensive outline of what each of the top ten polytechnics in Kenya offers.

The Kisumu National Polytechnic is situated in Kisumu City, in Kisumu County, just 3 km from the city centre.

The college has a rich history and has been serving students from the wider great lakes region since its elevation to a technical training institute in 1996.

If you have queries about Kisumu National polytechnic, Call the admission office on 0723 446 773.

The next giant is the Eldoret National Polytechnic.

The polytechnic is home to state-of-the-art facilities including ultra-modern computer laboratories and high-speed fiber optic internet.

The other attractive facility is the library- you’ll love the serene learning environment and the e-library section where you can do your research online not to forget the well-equipped building/civil engineering workshops whose construction was funded by the African Development Bank.

The Polytechnic offers several unique courses including a Certificate in Construction Technician.

It’s worth noting that Eldoret National polytechnic has been granted approval to teach dozens of marketable programmes under the recently-launched CBET (competency based education and training) curriculum including plumbing, tile fitting,  painting, rendering and plastering, etc.

The institute is located about 5 kilometers from the bustling Eldoret town, on the Eldoret-Kapsabet road.

Kabete was started way back in 1924 and has scaled the height to become one of Top Ten Polytechnics in Kenya.

Here you can take Trade Tests, Artisan courses, tens of Certificate and Diploma programmes in disciplines like Civil Engineering, Electrical and Electronics, as well as Business courses.

The Polytechnic has a population of over 13500 students, over 200 qualified lecturers, excellent hostels (separate for both male and female students).

And to uphold quality standards, the Polytechnic collaborates with reputable examiners such as KASNEB, TVETA CDACC, Pharmacy & Poisons Board, KMLTTB (Kenya Medical Laboratories and Technologists Board), NITA, and KNEC.

The college is located along Waiyaki way in Nairobi.

The Meru National Polytechnic is another ISO Certified Institution (ISO: 9001:2015) indicating their commitment to delivering quality education for Kenyan youth.

The Polytechnic is constructed on expansive land near Meru Town and serves students from the vast Eastern Kenya region, the former Central province, and Nairobi.

The institution is among the first polytechnics in Kenya to become a TVET CDACC examination center (for CBET courses).

The student population stands at slightly over 8000.

At the coast, we have the Kenya Coast National Polytechnic, formerly Mombasa Technical Training Institute.

The college has earned recognition as one of the industry leaders primarily because of the excellence of its faculty and the diversity of their programmes.

Indeed, this is one of the few public national polytechnics where you can attend studies on part-time basis (for the working population).

The college hopes to one day acquire an international status and has invested heavily in educational infrastructure to support this dream.

The institute runs a vibrant medical sciences department where you can take courses such as pharmaceutical technology and medical laboratory technology among others.

Find them along Kisauni Road in Mombasa.

Subsequently, the polytechnic has recorded tremendous growth and is today considered one of the topmost polytechnics in Kenya.

And going by the learning facilities, this could be the place to be if you’re interested in courses such as Analytical Chemistry, Food Science Technology, Automotive Engineering, Applied Biology, Environmental Sciences, Civil Engineering, fashion design, Pharmacy, and more.

Kisii National poly is the hub of technical education in the wider Western region and has over 50 programs in the following departments:

The college teaches about seventy four courses beginning at the Artisan level all the way to the Higher Diploma level.

They also operate one of the most active games departments among all the top 10 polytechnics where students are helped to realize their full sporting potential.

Sigalagala National Polytechnic also trains form 4 leaves in a variety of competitive areas and awards certificates and diplomas from KNEC, NITA, TVET CDACC, among others.

Training is again hands-on and you have a chance to hone your entrepreneur skills, if you wish to pursue an entrepreneurial path.

The college is once again in the Western region but in Kakamega county (it’s along the busy Kisumu – Kakamega Road).

In addition to various certificates and diplomas, you can take the following CBET programs at Sigalagala.

Students in North Eastern region can attend the North Eastern Province National Polytechnic in Garissa (Its only 3 kilometres from Garissa Town’s CBD).

Though it has a couple of higher diplomas, the college mainly concentrates on Diplomas and certificates with Diplomas taking the lion’s share of the available capacity.

In terms of partnerships, the Institution is actively involved in KATTI (Kenya Association of Technical Training Institution) and has also been admitted as a member of the prestigious Commonwealth Association of Polytechnics in Africa (CAPA).

With regard to security, the management has gone ahead and established a police post within the college.

Besides, a stone perimeter wall has been constructed around the institution to further secure students and the staff.

I should mention that of all the top ten polytechnics in Kenya, North Eastern Province National Polytechnic has the most affordable fees.

The Kitale National Polytechnic has been in existence since 1980 and operates under the Education Act(CAP211).

The college is widely recognized as one of the leading national polytechnics in Kenya.

One of the best things about the institute is its accessible location- it’s within the Kitale Municipality (along Elgon Road), 1 kilometre from Kitale town.

The college has for long been a star performer in sports such as darts, hockey, football, football, netball, cross country, among others.

The college has also in the past ranked number 1 in the national Drama and Music festivals, Colleges’ category.

Turning to academics, the institute has 9 departments including the fast-growing Agriculture Department where students take courses such as the KNEC-examined Diploma in Entrepreneurial agriculture.

By focusing on applied, market-aligned learning — with practical experience built into the syllabus — polytechnics produce highly skilled graduates who come out ready to take on the most demanding projects in their areas of study.

Plus, graduates undergo career-readiness preparation in the form of industrial attachment and experiential learning at every level.

Besides, students have the chance to work on real-life business projects in some institutions further building their job preparedness and making them extremely competent.

How many National Polytechnic are in Kenya?

How long does a diploma take in Kenya?

It can take you anything between 18 to 24 months to take a diploma in Kenya (for KNEC and TVET CDACC examined programmes) if you don’t stumble along the way (for example, by failing exams).

What is TVET in Kenya?

TVET means technical and vocational education and training and is a tertiary education programme under which students are trained in both hands-on technical and entrepreneurship skills by accredited middle level colleges in Kenya.

The purpose of TVET training is to produce enough manpower to drive Kenya’s vision 2030.

What is a national polytechnic?

A National Polytechnic is a middle level technical learning institute with the mandate to teach craft, certificate, diploma, and higher diploma courses.

A national polytechnic is just a rung below universities in Kenya and obtains its authority from Kenya’s Education act Cap 11 and   relevant legal notices.

Kenya has a total of 10 national polytechnics and as you can see, they happen to be the best 10 polytechnics to attend training for your dream course in Kenya.

Of course, it’s not that easy to pick the very best because a lot of factors come into play.

But after reading this, we believe you have a starting point as you hunt for a college to study in.

ALSO READ: KNEC grading system for colleges [All you need to know]

10 thoughts on “List of Top Ten Polytechnics in Kenya”