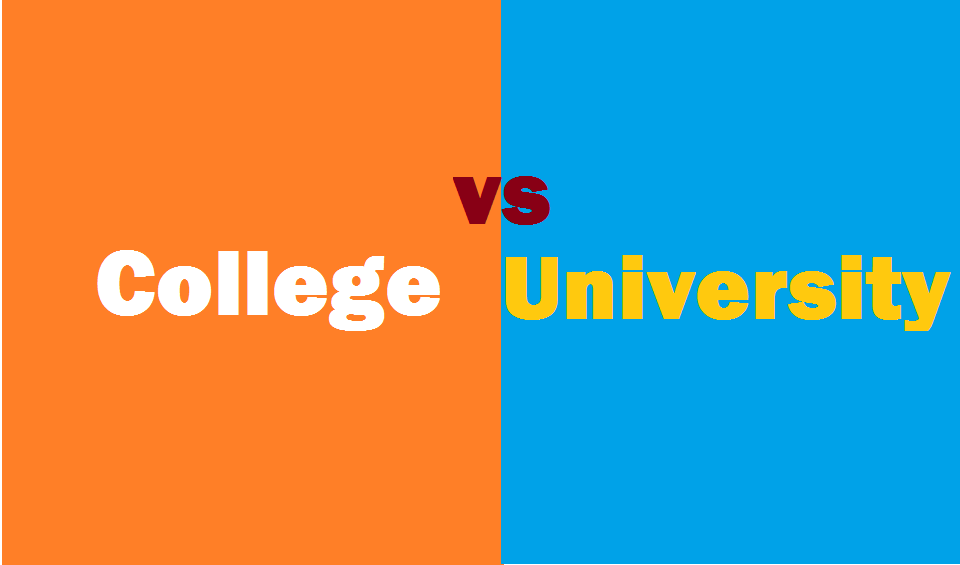 One of the most asked questions when it comes to higher education in Kenya is what the difference between Colleges and universities in Kenya is.

Well, you will obviously note a few other differences but it generally comes down to the qualifications offered, structure, accreditation bodies, etc.

Read about all the differences between Colleges and Universities in Kenya below.

Difference between Kenya universities and colleges

By and large, a university is far much bigger in various facets.

From the physical facilities all the way to the faculty, many of the universities outdo the colleges in terms of infrastructure.

The other major difference between public colleges in Kenya (and, of course, the countless private middle level colleges) and universities is in terms of the qualifications offered.

To put it into perspective, if you’re a college student at the moment and planning to pursue your course up to the master’s degree level, you’ll need to enroll in a university at some point.

That’s because the highest you can go to in a TVET college is a higher diploma and it’s even not in all colleges- most only offer up to Diploma.

Luckily, quite a few of the colleges have agreements with universities that allow you to apply the credits you have previously earned in college towards your university degree.

Of course, the entry grades are pretty different: A mean grade of C+ and above is required for university entry while you can join a college with even a D- plain.

Because they deliver more courses and at a higher level, universities attract scholars from far and wide. This means you will find more diversified student populations than in colleges, including learners from overseas.

As a result, nearly every interest and culture is represented.

Most of them also have a very well diversified faculty, again by the virtue of the more university courses.

That said, the student population in Kenyan universities has been going down since the ongoing reforms in higher education in Kenya began (more students are joining TVET colleges lately).

Even the number of university graduates in Kenya per year has been gradually dropping according to data from the Kenya national bureau of statistics and other Kenya higher education statistics.

This is part of the national government’s effort to raise the quality of higher education in Kenya.

Specifically, universities are evaluated on set national (or sometimes) regional standards by the Commission-for-University-Education(CUE).

On the other hand, most local colleges are accredited by the TVETA (Technical and Vocation Educational and Training authority).

Side Note: Check the TVETA website if you’re looking for the most updated list of public colleges in Kenya (accredited)

In most cases, studying in colleges will save you a significant amount of money.

That’s because a college has a lower operating cost.

Not only are their termly/semester tuition costs reduced (since they rarely hire Ph.D holders) but you also study for a shorter period in colleges (few semesters equals less total fee).

For instance, in nearly all cases, public and community colleges get funding from their respective local communities, CDF, county governments, and sometimes from the government itself.

On the other hand, universities are broadly either state-sponsored or privately sponsored.

I know you’re wondering how that can be possible.

Well, some colleges are actually owned by universities- some of these might be offering undergraduate degrees while others are licensed to teach specialized postgraduate courses- within a larger university campus.

A good example is JKUAT where we have the College of Engineering & Technology, College of Health Sciences, College of Agriculture and Natural Resources, etc.

This is also the case at USIU-A (united states international university Africa), University of Nairobi, Kenyatta University, and more.

There are no cases of universities combining to form colleges.

What do Colleges and universities in Kenya have in common?

Admittedly, the line between the two institutions can be very blurry. Consider this:

In Kenya, perhaps because of the strict accreditation regime, you will come across universities proudly labeling themselves ‘college’.

This happens as they await a charter from the CUE which happens after an institution satisfies a variety of requirements.

It may not always happen but there’s no denying that students in both colleges and universities look for an extra coin by either working part-time or fulltime.

Additionally, even though some students often commute to college/university, a bigger majority prefer to live on or near their campuses.

For the most part, universities offer 4-year courses in areas such as engineering, computer science, nursing, accounting, and more.

Of course, colleges offer two to three year programs in similar areas although they are, on the whole, more biased toward vocational training than in universities.

Which is better: College or a University?

Academically, each of these institutions has its own compelling strengths and the margins can be rather fine.

Indeed, choosing one over the other may boil down to your career aspirations and other issues like your finances, and obviously, your KCSE grades.

Here is a highlight of the benefits of each:

You should think carefully about the direction you want your future to take, your desired college experience, and even budget before selecting a college or university.

Difference between Colleges and universities in Kenya: Summary table

I hope you have now understood the difference between colleges and universities in Kenya.

What is more important is to avoid the thought that one is better as you can see that they’re pretty different starting from the minimum entry grades.

In a nutshell, either of them can take you to your dream career if you make the right decision.